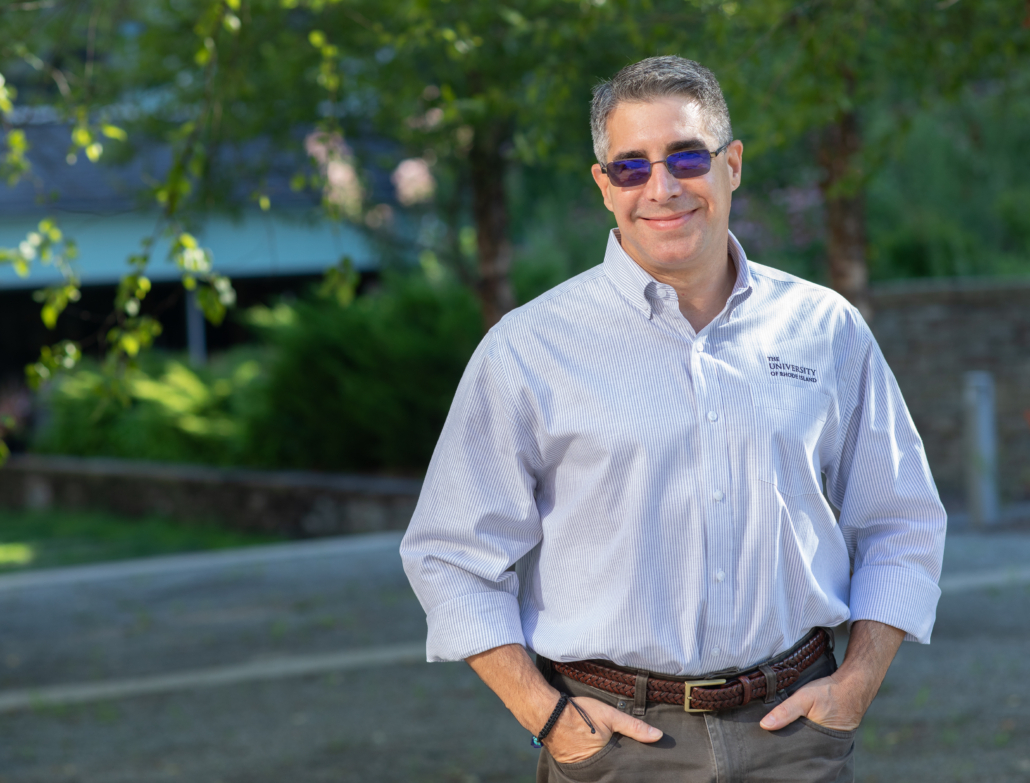 Prof. Peter J. Snyder, from the University of Rhode Island, where Peter is the Vice President for Research and Economic Development, Professor of Biomedical and Pharmaceutical Sciences, as well as Professor of Art and Art History. 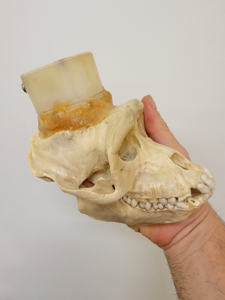 One of the few remaining stimoceivers implanted & fabricated by Delgado on a macaque skull.

In this episode, Peter Snyder and I talk about Jose Delgado, one of the inventors of deep brain stimulation. Peter’s father, Dr. Daniel R. Snyder, served as Delgado’s last American-trained post-doctoral fellow at Yale in the early 1970s – and took over the laboratory at Yale when Delgado moved back to Madrid. We get a good feeling about Delgado as a scientist, his many inventions, his relationship with the media and his grand-plan toward a ‘psychocivilized society’ that would control behavior by means of neuromodulation.

Together with others, Peter wrote a book called ‘Science in the Media’, in which he uncovers a quite spectacular deceit in the way Delgado communicated to journalists and the media about his famous ‘brave bull’ demonstration at a bull ranch in Cordoba, Spain. The bull demonstration – in which Delgado remote controlled a ‘brave, angry, and dangerous beast’ into a docile animal by the push of a button – is certainly a famous cornerstone in the history of neuromodulation. In this episode, we can learn from Peter that, in a way, it was a certain scam – or at least has been overinterpreted by the media and even most researchers in our field.

#16: Julian Neumann – Machine-Learning for adaptive Deep Brain Stimulatio...
Scroll to top
We use cookies to ensure that we give you the best experience on our website. You may “Accept All” or visit "Cookie Settings" to provide a controlled consent.
Cookie SettingsAccept All
Manage consent